This is a part of Flavors of Long Beach, a month-long celebration of local food from Brian Addison, James Tir (aka @LBFoodComa) and Long Beach Living, with stories, events, dinners and more.
There is something distinctly special in regard to Long Beach’s OG Irish Pub, The Auld Dubliner.
It goes beyond its incredibly odd location—smack dab in the middle of Conventioneer Central, smashed between theaters and corporate food like Islands and California Pizza Kitchen.
It goes beyond the step-inside-and-you’re-removed-from-Pine-Avenue vibe. (A vibe, mind you, that was designed in Ireland and imported into the space for the build out.)
It goes beyond the fact that locals and “annual locals”—conventioneers who, brought to Long Beach annually because of a convention, named so by the workers of the Dub—both enjoy the place.

“I really just wanted what I had back home here—it’s really as simple as that. I couldn’t find a place in the country that could pour a proper Guinness and I wanted to bring that to the people I began calling neighbors because I believed they would appreciate it as much as I do.” 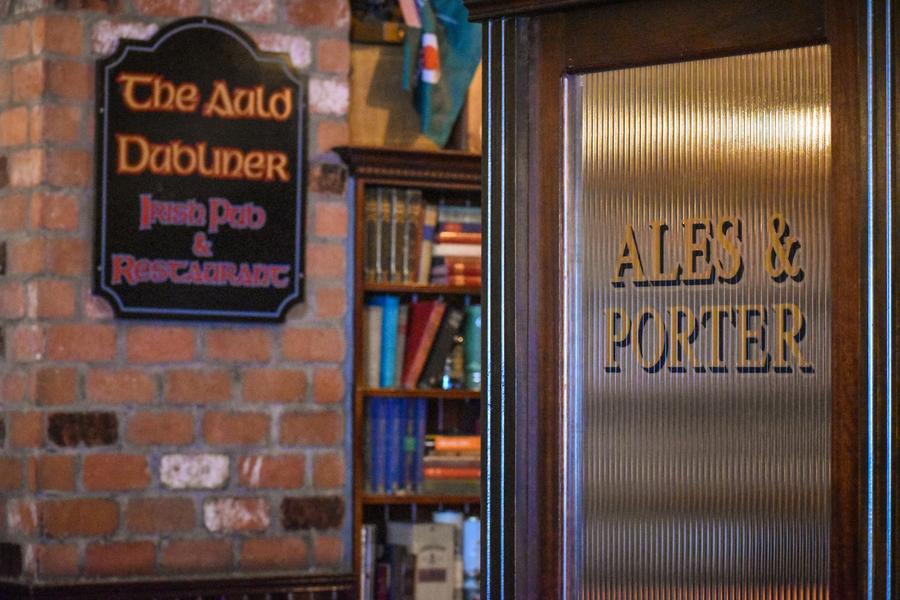 Books, break-offs, brick: The Auld Dubliner’s interior brings the warm of Irish pubs to the West Coast. Photo by Brian Addison.
At the time, Pine Avenue was undergoing one of its many makeovers—it was shortly after Mum’s became Smooth’s (in the space now home to BO-beau’s) and an attempted influx of investment, to be repeated the following decade, was in tow—but The Dub has become a conundrum of sorts.
While The Pike continues to be a divisive subject—from those that saw the glory days of the Pike as an amusement area before Disneyland and Knott’s took over to the residents who feel the constant investment in the area is misguided—it is rather remarkable that The Auld Dubliner, squished amongst a seemingly ever-changing neighborhood of corporate brands, has managed to become a staple.
And a staple among locals and, as previously mentioned, “annual locals,” the conventioneers who have come to find something to look forward to in their convention travels (which saw a major shift thanks to the two-year stretch of 2020—yes, 2020 is comprised of both 2020 and 2021).

And the connection with its patrons runs particularly deep for The Auld Dub: While the annual trips have obviously been put on hold given the pandemic, each year, Copley and his crew invite select patrons to partake in a trip to Ireland.
The trip is, of course, fun: As long as you are at the bus at the times of departure, you are genuinely free to wander where you want.
But the trip also represents Irish culture and food itself: The history of Ireland is wrought with struggle in a place that is rich in resources. For decades, Ireland remained removed from a Europe that saw economic growth on a level never before seen—and, in the words of Copley, “We were so poor that even our own resources had to be sold.”
What it resulted in a place that, though resource-heavy, particularly in culinary goods like dairy and seafood, its own citizens rarely if ever saw that richness.
However, that has seen a massive shift over the past three decades: Immigration to Ireland has increased, investment has increased along with it, and Irish natives—exploring other countries, cultures, and culinary schools with their new economic ability—have brought home with them a new set of not just skills, but more importantly, the freedom to use their country’s own resources.
It has resulted in a renaissance in Irish cuisine—and these Auld Dub tribal trips are part of discovering those innovations and shifts so that the menu here in Long Beach can reflect that evolution.
“Of course there is the food that is a staple—fish and chips and what not,” Copley said. “But it’s really beautiful to see pubs offering fresh oysters, razor clams—you name it. And we want to reflect that here.”
But honestly: Don’t skip out the fish and chip and Shepard’s pie—yes, yes, I know, they’re typical and have been there forever but honestly? They’re the best versions of it in the city.
The Auld Dubliner is located at 71 S. Pine Ave. in DTLB. 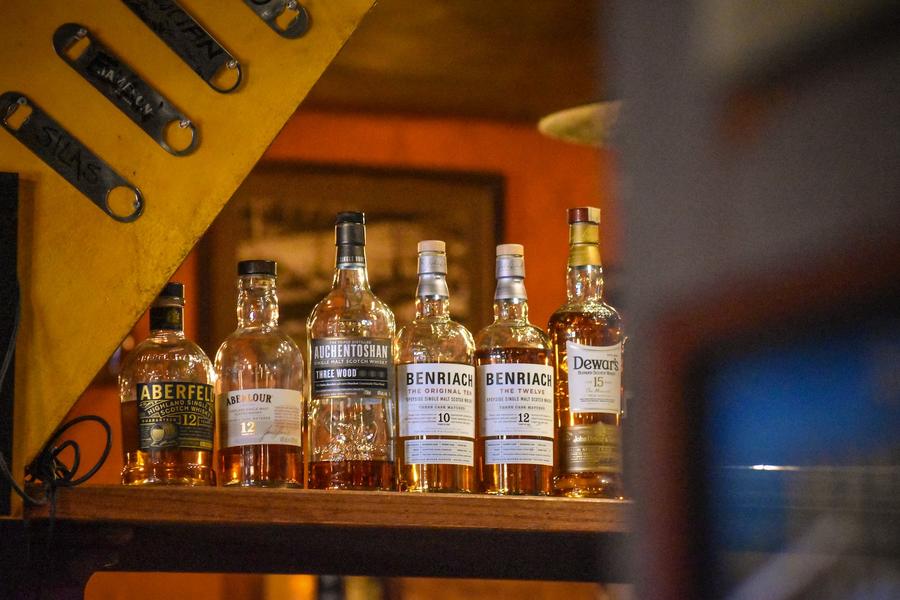